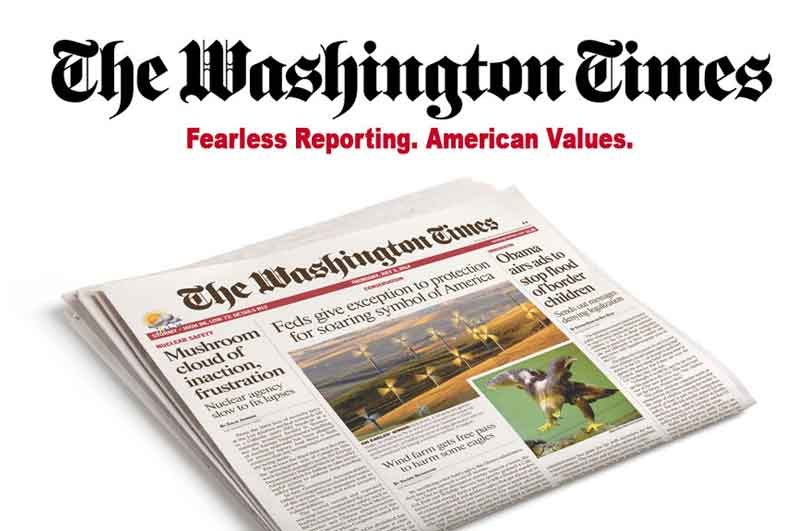 By Jen Waters – THE WASHINGTON TIMES

A few years ago, Justin Smith of Gaithersburg noticed that his hair was thinning. Eventually, he began balding at the top of his forehead. Mr. Smith, 45, who asked that his name be changed for privacy reasons, decided to take action against his receding hairline. In December, he received a hair transplant through a new method called follicular isolation technique. Doctors moved 600 groupings of hair from the back of his head to the front.

“It’s amazing,” he says. “It worked, no doubt about it. I’ve seen hair grow where there’s been no hair before. It looks beautiful. It looks no different than the surrounding hair, totally natural. You wouldn’t know anything was done at all.”

It is normal to lose between 50 and 100 hairs a day as part of normal hair renewal. Excessive hair loss, however, can lead to balding in men and women. Although there is much research that still needs to be done in the field, doctors can suggest medications to restrain the condition. Hair replacement surgery is an option in excessive hair loss situations.

Mr. Smith is a patient of Dr. Cole’s. Dr. Cole, who works in his private hair transplant clinic in Atlanta, GA., New York City, and Wheaton, Maryland performs the follicular isolation technique. He started using it about eight months ago and subsequently taught Dr. Paul Rose.

In the past, surgeons would remove portions of hair-bearing tissue, called plugs, from the back of the head and place them in balding areas. This technique, however, results in an unnatural appearance and a linear scar, Dr. Cole says.

Doctors also tried sectioning out follicular units from strips of hair-bearing tissue and placing them in the baldest areas on the scalp. However, removing a strip of hair-bearing tissue usually leaves a hairless scar. Patients generally hope the hair above that area will grow long enough to cover the scarring.

With the new method, Dr. Cole transplants one follicular unit of hair at a time from the back of the head. Hairs generally grow in groupings of one to four strands. Therefore, instead of removing a strip of hair, which leaves a vast scar, he can take one grouping at a time from strategic places, transplanting it in the balding areas.

“You are putting back what Mother Nature gave you in the first place,” Dr. Cole says. “You try to place the follicles at the places where they can do the most good. … We usually concentrate on trying to restore the frontal hairline in an effort to re-establish the aesthetic proportion of the face.”

Greg Jones, 69, who lives near Gettysburg, PA had hair replacement surgery three times. He also asked that his name be changed for privacy reasons. Most recently, in January, Dr. Cole moved 800 follicular units from the back of Mr. Jones’ head to the middle of his head at the cost of about $4 a unit. The average head has about 80 to 100 follicular units per square centimeter.

“Most men are very concerned about losing their hair,” Mr. Jones says. “Either for vanity, loss of youth, they just want hair. I guess I’m no different than most men who are concerned about hair loss. Others are not, they don’t mind being bald, like Bruce Willis.”

For those people who don’t want hair replacement surgery, the over-the-counter medicine, Rogaine, is available, says Dr. Thomas Nigra, chairman of the department of dermatology at the Washington Hospital Center in Northwest. He helped develop the drug, which stimulates weak hair follicles, in the 1980s.

“It had been used since the 1970s to treat hypertension,” he says. “As an unwanted side effect, it was discovered that people who took it by mouth grew hair on their scalp, face, and back. If you apply it topically to the scalp, then it mostly only makes hair grow in that area.”

When Rogaine, which comes in 2 percent and 5 percent doses, is used in addition to Propecia, which is a prescription drug, male patients usually seem to have better results, says Dr. Nigra. Although Rogaine is used in both men and women, Propecia does not work in women.

Propecia, which comes in pill form, blocks a 5-alpha-reductase enzyme (2), which causes the follicles to get smaller and smaller so that they cannot produce hair. The enzyme causes testosterone to convert to dihydrotestosterone (DHT), which makes the follicles shrink in size and eventually disappear. Once they are gone, they do not return and Rogaine and Propecia cannot cause hair to grow.

“Prevention is the answer,” Dr. Nigra says. “You want to start treating as soon as possible. Whenever you start to see the scalp beginning to thin, then you need to do something. … Then, there are some people who don’t want to do anything, they just go bald.”

In the future, Dr. Nigra says he would like to see Rogaine and Propecia combined in the same topical cream for men. He is also hopeful that another drug will be produced in place of Propecia that will work for women.

Many men don’t like to use Propecia because it causes sexual dysfunction in 4 percent of its users. Rogaine is more widely used because it has few side effects, including irritation of the scalp, which can be controlled through topical steroids.

It takes about eight months before a patient can see visible results. Dr. Nigra emphasizes that Rogaine must be massaged into the follicles for good results. If the daily application is stopped, the user will return to the point at which he began to take the medications. Therefore, patients need to use the drug for the rest of their lives if they want to keep their hair.

The reasons for baldness vary, however, genetics that affect the natural aging process have the biggest effect on hair loss by far, says Dr. Lisa Kauffman, chief of dermatology at Georgetown University Hospital in Northwest.

Women generally experience hair loss after pregnancy or stressful events. About 50 percent of women will notice hair thinning, usually beginning around age 35. However, other problems, such as thyroid disease, anemia, syphilis, psoriasis, severe dandruff, bacterial and fungal scalp infections, lupus or cancer also can cause balding in men and women.

“It’s a multi-billion dollar industry, trying to restore hair,” Dr. Kauffman says. “All you have to do is turn on cable TV at night. … Hair loss is one of the depressing facts of aging.” 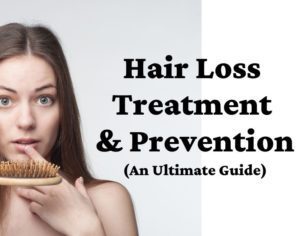